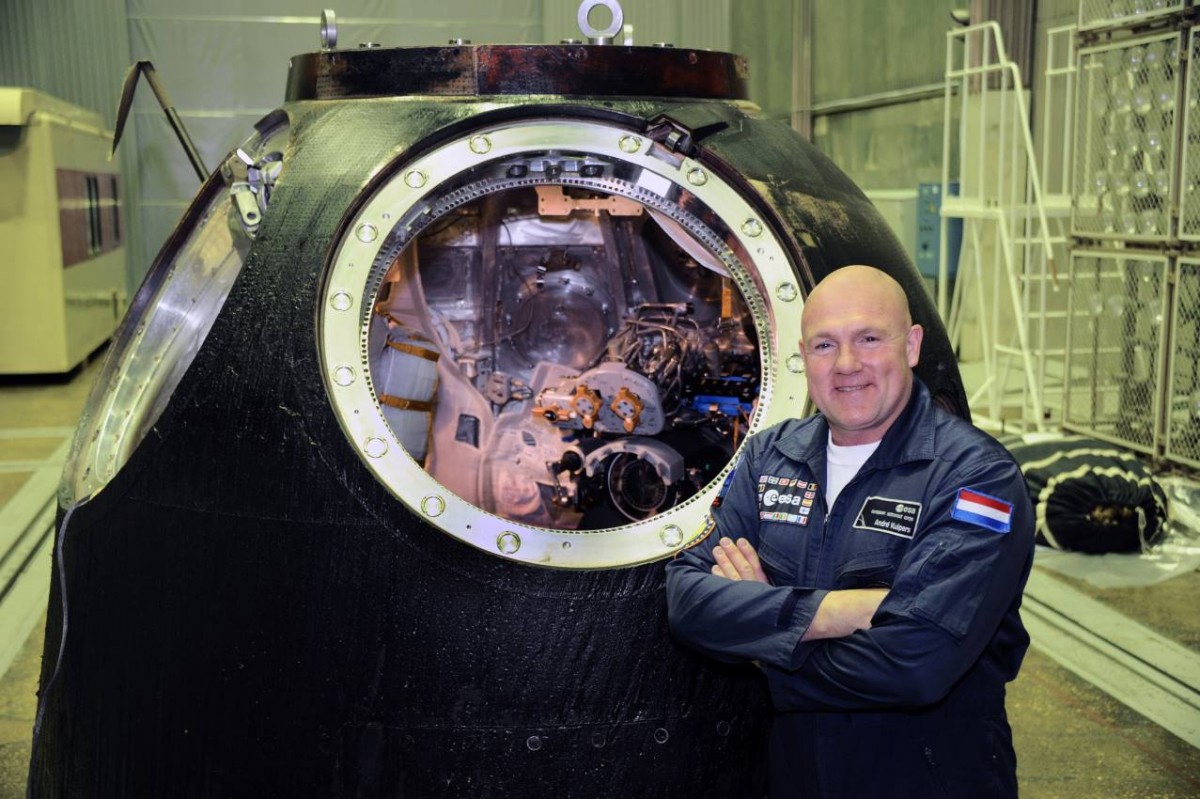 On September 19 in Space Expo, the Minister of Economic Affairs Henk Kamp and ESA astronaut André Kuipers revealed the Soyuz TMA-03M capsule. This is the space capsule that André Kuipers on July 1, 2012 brought safely back to Earth on the Kazakh steppe after a stay of six months in the International Space Station Read more about The Soyuz capsule is in the Netherlands; also made possible by CIS Certification[…]